The new Puente Pumarejo is one of the longest in Columbia. This bridge's construction made it possible for large vessels to navigate throughout the Magdalena River. Such navigation would have been previously completely inhibited by the current Pumarejo bridge.

This bridge improves the traffic flow between Barranquilla and Santa Marta, along Colombia's Atlantic Coast. It is hoped that this will then in turn solve the existing severe traffic problem in the area. 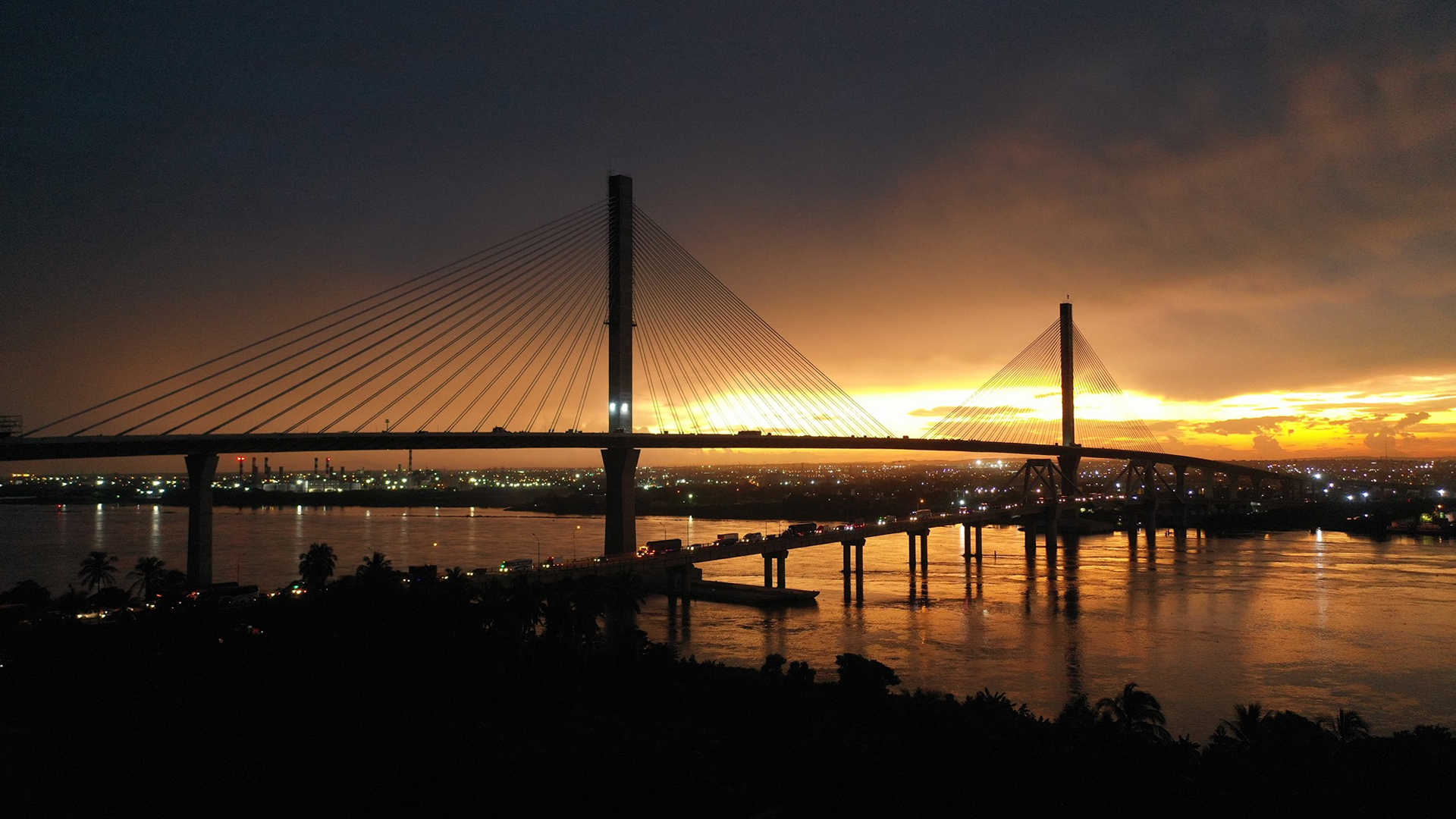