The Mersey Gateway project estimates a daily traffic of aproximately 80,000 vehicles on the new bridge and 1,600 permanent jobs in the region. This project embodies perfectly the process of globalization in the construction industry, as the consortium is formed by an English company (Kier), a Spanish company (FCC) and, finally a South Korean company (Samsung).

The Mersey Gateway Bridge will be the alternative to the Silver Jubilee Bridge, which has been open to the public since the sixties and is struggling to cope with the increase in traffic during recent years often leading to congestion in the nearby area. It is estimated that up to 80% of the current daily traffic that passes over the Silver Jubilee Bridge can be transferred to the new bridge, shortening travelling times and ultimately improving road safety.

Pylons built with the aid of three sets of self-climbing formwork system
Main Bridge’s deck built resorting to three pairs of inferior form travellers, with a capacity of 400 tons 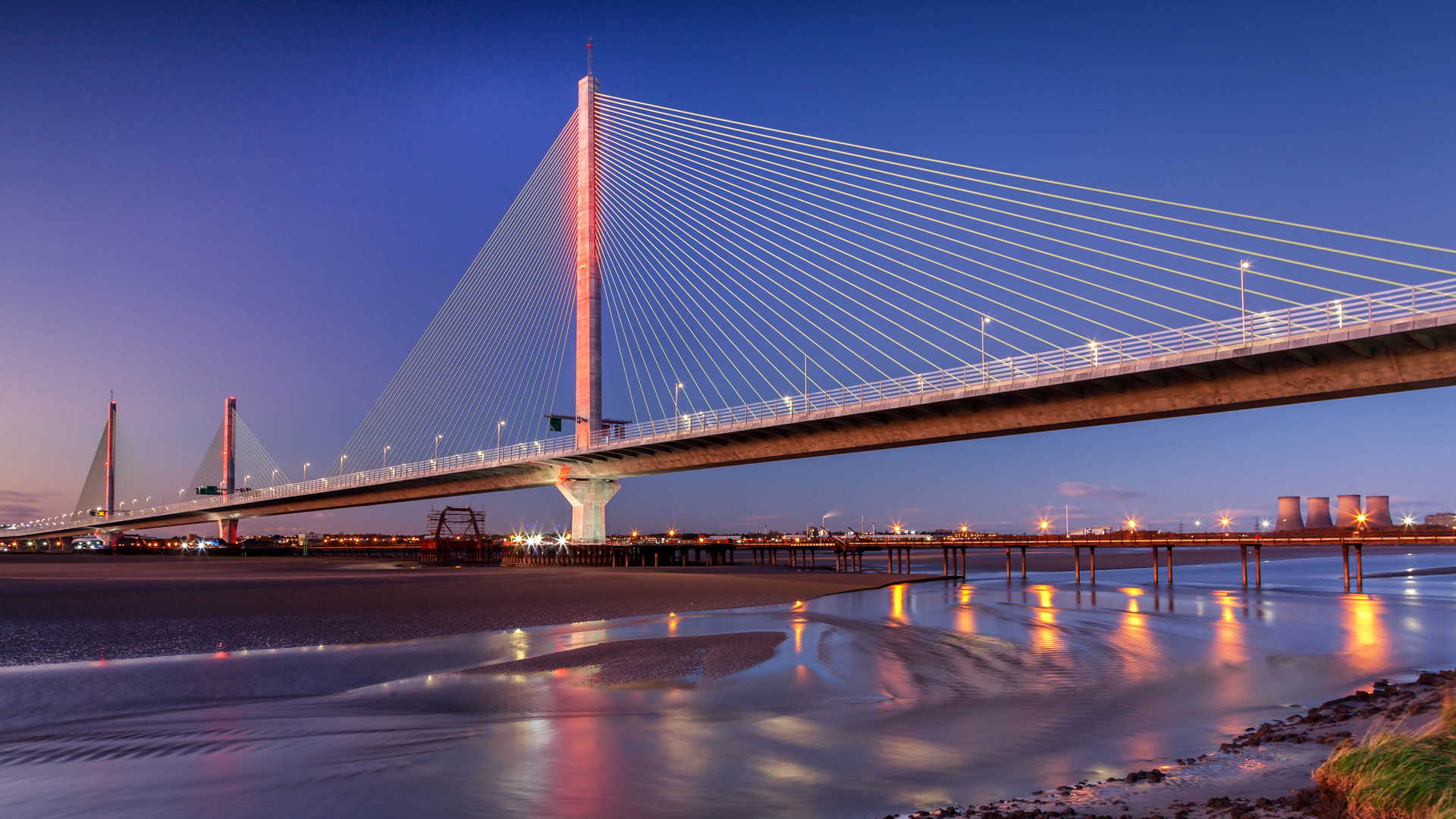