The D4R7- Bratislava Bypass is a Public-Private Partnership (PPP) project, for the design, construction, financing, operation, and maintenance of around 60 km of the D4 Highway (Bratislava bypass road) the R7 expressway.

This new infrastructure will allow the flow of around 35000 vehicles per day, in both directions, since a big percentage will be heavy traffic. The D4R7’s project will decrease, right after its conclusion, the daily traffic towards the Pristavny bridge by 15,11% for light-duty vehicles and 49,62% for heavy-duty vehicles.

The works that were within ConstruGomes’ scope were the assembly, operation, and disassembly of all the formwork equipment for the construction of the deck, the assemble of the reinforcement, the post-tensioning works, and the concrete pour of the deck of the Danube and Kayak Bridges and their approaches. The formwork and reinforcement works and subsequent concrete pour of the foundation and pier of the Danube and Kayak Bridge were also awarded to ConstruGomes. 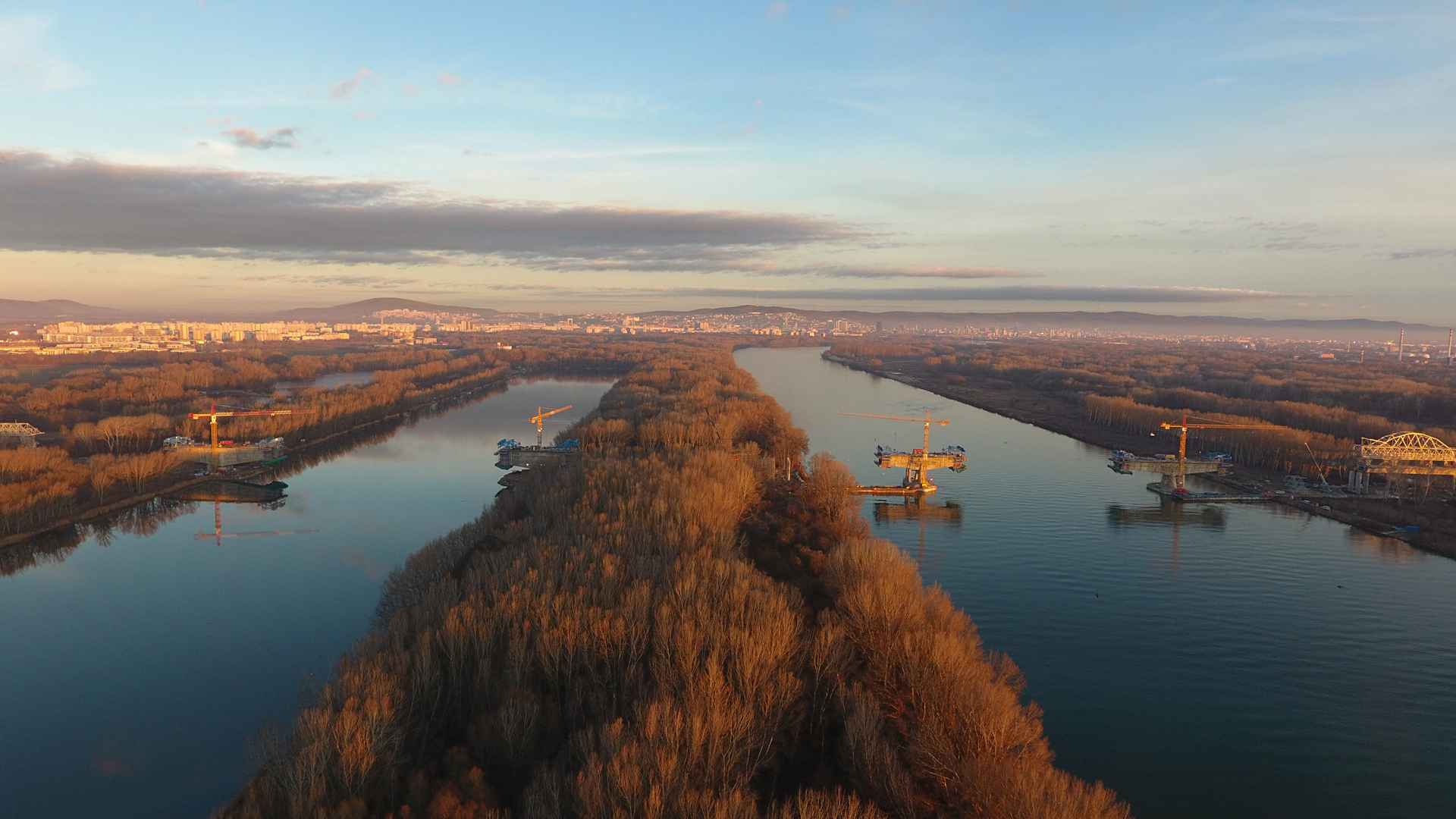